June sees the start of The Wildlife Trust’s #30DaysWild campaign. The aim of the campaign is to get as many people as possibly to do something wild every day and connect them to nature. Because I work outdoors and with my birds, I’ve decided to try and challenge myself to do something other than my usual aviculture work – but of course, I’ve included some person highlights for me whilst I’m up in Slimbridge WWT. As I’m away working in another centre, and I haven’t done all that much on some days, I’ll be doing my blogs weekly instead of every day!

Day 1: Minibeast hunting in the garden.

It’s well known that I’m a huge garden wildlife advocate and have transformed my garden into a wildlife haven. To kickstart my #30DaysWild, I did a minibeast hunt in the garden! There wasn’t a huge deal of diversity but if you look closely at each individual catch then you can pinpoint its exact species. I had caught; Black Slug, Red Slug, Yellow Ant, Black Ant, Common Striped Woodlouse, Pill Woodlouse, Common Pygmy Woodlouse and South Pill Woodlouse. A big surprise for me was finding a Common Frog in the compost heap! I have a huge love for birdwatching, for day two I went to visit my place of work on my day off. It’s funny how you can be working onsite and still forget the diversity of wildlife that is found, that’s why I love to go in sometimes just for a wander around. As it’s June, there’s plenty of Shelducklings around, they’re quite easy to spot; black and white fluffy balls which are usually independent from hatch but will stay near to mum and siblings but you will spot them wandering away. Another highlight which is not that unusual, having a Eurasian Spoonbill on site, the thing that’s unusual is that we’ve had 4 onsite! 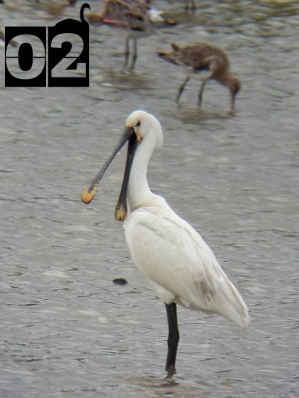 Sometimes it’s nice to just not to anything and just be with wildlife. For Day 3, I spent an hour or so just listening to the birds out the garden and watching the bees and butterflies going from plant to plant. You haven’t got to do anything big or planned for #30DaysWild, you can just be with nature. 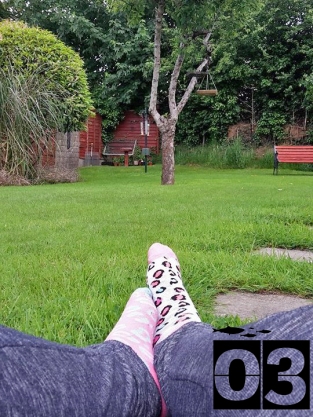 If you follow me on Social Media, then you would have seen my posts about garden birds and attracting them into your wild spaces. House Sparrows are a bird that is predominantly dependent on urban landscapes and is a proud member of any urban wildlife environment. I love House Sparrows because of their resilience, they are a species which continues to decline but not enough to warrant moving to the Vulnerable or Near Threatened list because of their large, dense population they are a widespread species across Europe so the slow decline in this species is nothing to worry about. With that being said, a species that is declining is still declining, there are ways people can help boost their local populations by providing food, nest boxes and water for them. 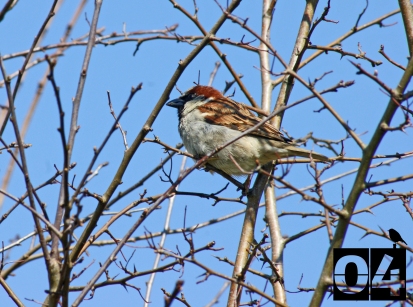 Day 5 was the day that I started my role at Slimbridge WWT, I’m only up here for 7 weeks so am absorbing everything from the Aviculturalists here. It’s a great way to learn different techniques that I’m not familiar with back at Llanelli WWT and same with species as Slimbridge are the main breeders for our birds and bread a lot more different species than I’m used to – all valuable experience! A did a video for Day 5 which can be found on my Instagram just showing the ‘Gosling Field’, even though it’s a field of geese and not goslings, it’s where Sir Peter Scott, the founder and a person role model of mine, behind WWT (Wildfowl and Wetlands Trust) reared and kept all the Nenes from the Reintroduction and the start of WWT’s captive breeding programmes for rare and endangered species.

Orchids are one of my favourite species of plants. They’re beautiful, native British plants that look incredible but can also be found in just about every type of habitat Britain has to offer and they’re all unique. In the duckery area, there are orchids everywhere! In the back of the duckery and breeding areas, there are Hybrid Spotted x Southern Marsh and Southern Marsh Orchids which is a vibrant purple orchid that stands tall with a lot of petals. My personal favourite and one of the smallest Orchids is the Bee Orchids, it gets its name from the creature that pollinates this orchid, it has developed these bee-like flowers on its purple flowers to attract bees in which want to mate with the bee which is pollinating the plant. It’s a small orchid that reaches maybe 30cm, compared to the Southern Marsh Orchid which is between 30cm and 50cm! 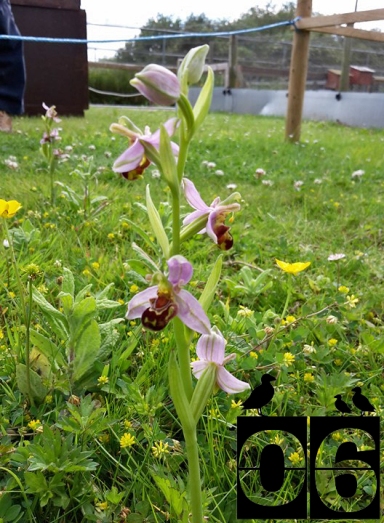 As I said, there are species that I’m helping to rear at Slimbridge that I’ve never reared before and that is seen here with Black Headed Duck and Goldeneyes. I’ve reared Buffleheads before but telling Buffs, Goldeneye and Smew apart can be tricky! These birds predominantly live on the water and come to land to breed and for a snooze, they are some of my favourite birds because of their behaviour but also their characteristics, they’re extremally perky birds which can be frustrating when rearing as they can be quite jumpy but in the wild they have great breeding displays. 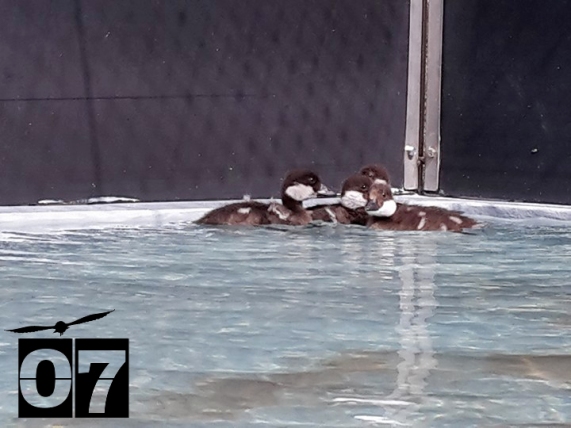 That’s my first 7 days of #30DaysWild wrapped up, I’ll be continuing to post every day on Twitter, Facebook and Instagram of what my daily wild activity is and a weekly blog post to wrap up. Get involved on Social Media by using the hashtag #30DaysWild and get close to nature!

Dan’s Youtube channel features videos about all things wild, adventure and travelling!
The aim is to encourage people to explore the natural and wild things we come across in the world.
Subscribe!