For the past year, I have been running two Instagram account and two Twitter accounts – I felt that I couldn’t truly express myself through this blog because I wanted to keep it strictly professional, I have been taking advice from many people including my father and brother and have decided that I don’t particularly care if people know how much I love games and films or that I obsessively sit and watch Harry Potter or Disney. Or that I spend half my life in a gym or training aswell as my love for wildlife, because that’s me! That’s who I am and I shouldn’t have to split my personality because I was afraid of people knowing too much about me.

This blog and all social media accounts connected to it and my sole accounts and they will feature everything I love, and I can relax and openly be me.

Enough about all that, I am definitely late to the party but I want to feature what I want to achieve in 2017 and what’s already planned. 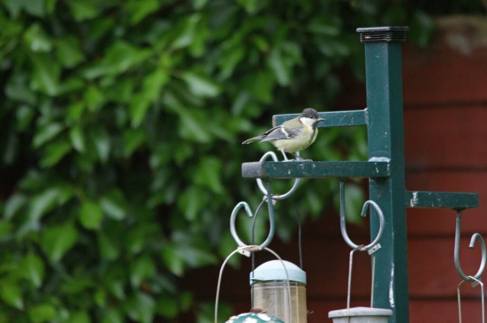 I’ve also been in talks with S4C about a TV series that they want me to feature in with a well-known presenter, the programme will be in Welsh and featured on the channel but I can’t say too much about it until filming is over. It will feature myself and wildlife and be very close to home but filming will start with me in February/March and I will be recording some behind the scenes footage too.

I’m also hoping to visit Portugal again in the summer with a very close friend of mine but with things going on with us both and being busy we’re hoping to squeeze it in for Summer 2017 if not it’ll be 2018.

Now that I’m featuring everything. One of my biggest loves along with Wildlife is Fitness. In 2017 I’ll be traveling around South Wales and the UK to compete, I’ve also been training more and with a new training programme with WCKA Swansea, am beating my PB every week (bar two but I’m only down by 1 of each!). Also, I’m teaching more in class and going to the gym more just to hit my targets, I’m more focused on gaining strength and stamina as opposed to losing weight. I’m also planning on going to the World Championships in Ireland (providing I qualify!) and starting the assessment for my 2nd degree black belt!

The last thing, I have decided that I want to do is to record more things for social media since I tend to drop off when things get tough but I want to be more active and record more footage and not just take photos and write blogs. Also, I want to travel more, not necessarily abroad but just leave Swansea and Llanelli more because I tend to stick to what I know and I don’t like to go to new places without my brother/family but I want to push myself and achieve this.

Dan’s Youtube channel features videos about all things wild, adventure and travelling!
The aim is to encourage people to explore the natural and wild things we come across in the world.
Subscribe!